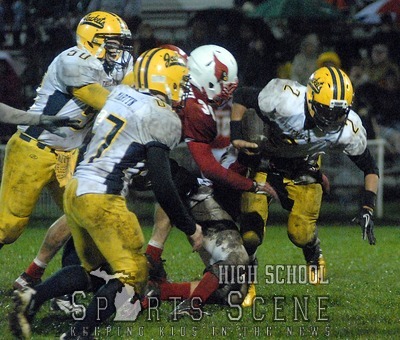 Ithaca is 6-0, has qualified for the playoffs and is ranked No. 1 in the state by the Associated Press for Division 6 schools.

But the Yellowjackets will have work to do, starting with Friday's game at home against St. Louis.

Ithaca is coming off a 37-7 victory over Michigan Lutheran Seminary last Friday. Ithaca led 27-7 at halftime.

Quarterback Travis Smith and running back Garrett Miniard both had huge days. Smith rushed for 111 yards on 19 attempts. Miniard gained 112 yards on 16 carries. Smith was 8 of 18 in passing for 85 yards.

Both had two touchdowns.