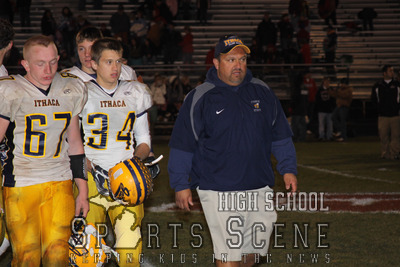 Ithaca overcame an early deficit to upend Montrose 28-13 in the Division 6 district finals at Montrose on Friday and will take an 11-0 record into the regional finals round against Montague 9-2, this weekend.

The game will be at Ithaca.

Travis Smith had the hot hand with 13-of-16 passing for 138 yards and three touchdowns. He also ran for 60 yards and a touchdown. Garrett Miniard gained 114 yards on the ground.