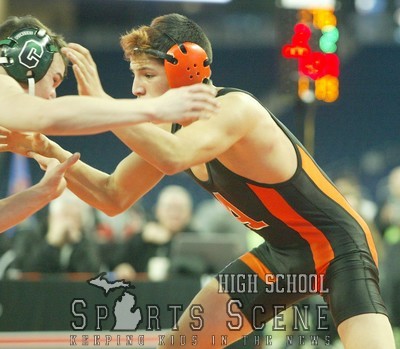 A week after the Alma wrestling team competed in the state finals for the first time in team history, Alma freshman Demetrius Castillo became the first Alma wrestler to win a state championship in 25 years to cap a big season of wrestling for Alma wrestling.

Castillo won the 119-pound title at the Division 3 individual state finals with a 3-2 win against Kyle Schaaf of Clare. Castillo was one of three Alma wrestlers that  earned all-state honors at the finals. Fellow freshman Nolan Rodriguez placed eighth at 103 pounds while senior Greg Simmons wrapped up his career by placing seventh at 285 pounds.

Check out the upcoming issue of High School Sports Scene for a feature story on Castillo's championship and more features from this year's team and individual wrestlling state finals.