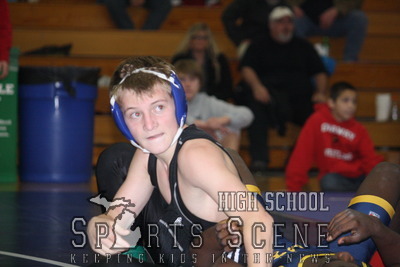 Jordan Richardson finished second for Ionia at 103 pounds. He lost on a technical fall in the finals to Shukurani Nyabenda of Lansing Eastern. Richardson was 4-1 for the tournament and is 15-3 this season.

Jacob Washbourn of Ionia lost on a pin in 5:40 to Dallas O'Green of Carson City Crystal in the title match of 125 pounds and took second place. Also at that class, Aaron Rutka of Portland had a 23-second pin in his last match to take seventh.

Washbourn was 4-1 for the day.